skip to main | skip to sidebar

Sweet music: Something About Us 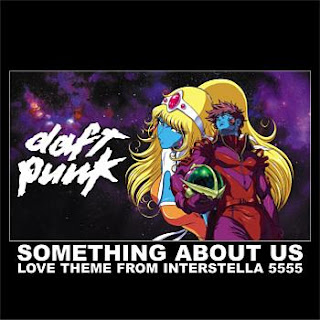 This is probably my most favorite Daft Punk song of all. It's from the album Discovery.

It helps me sleep at night to naively believe that everyone in the world likes Daft Punk; I just don't know how anyone could not like them. For the next presidential election, I'll will probably be voting Daft Punk for president.

People in favor of such input-based methods claim that traditional language learning is not only inefficient, but also creates irreversible problems in ones ability to acquire the second language well enough to be totally fluent. One of my biggest goals right now is to become fluent in Thai, but since I have been studying Thai the "wrong way" for so long, am I totally screwed!? Is it too late for me to change the way I am learning Thai?

I asked these same questions to David Long at The AUA Thai Blog and he assured me that "It’s never too late to build your ability with input." along with some other good advice. Though satisfied, I was still not completely convinced that I wasn't doomed to never be fluent in Thai. After some searching around on the internet, I found hope when I came across some good blog posts at a blog called Spanish Only where an advanced learner of Spanish has just recently switched from traditional studies to the TV method. In these four posts (0, 1, 2, 3) he explains his positive experience with switching to the TV method even after traditionally studying Spanish for so long. In the future I'll post more stories of people who have had good results from watching TV but for now, I'll leave you a link to the updated List of Thai TV shows. I added #10 thru #12 this time and there is for sure more to come. see ya.
Posted by josh ที่ 14:42 11 comments

I can't wait until I get back to Thailand so I can go eat at MK!

I like this commercial, it makes me want to try surfing on a giant block of tofu, and it even has an MK-remix of that old classic Japanese song Sukiyaki by Kyu Sakamoto.
Posted by josh ที่ 11:27 1 comments

Lately, I have been trying to put a lot of time into studying Thai. After looking around at a bunch of blogs and websites about language learning I have come across an interesting method for studying Thai (or any language). People have been calling it the 'TV method' which, I think, originally came from this guy's blog. Basically, whatever your target language is, you just watch a bunch of TV shows and movies in that language with no English subtitles or translations of any kind. While using this method, you are encouraged to not even look up new words that you hear or even try to hard to understand them. Instead, you just watch TV and just guess what is going on in the show based on what you see. The theory is, after a good amount of time watching TV (around 300 - 800 hours) a beginner to the language will begin to pick it up naturally. It is a style of "input learning" that aims to mimic the learning of a small child who, doesn't really put any effort into learning his/her native language, but almost accidentally learns simply by watching parents and family memebers do things while they speak. I suppose that the 'TV method' has been influenced by other input learning methods such as the ALG (Automatic Language Growth) method brought to us from the AUA Language Center in Bangkok where foreigners in Thailand can go to learn Thai (naturally). At this school, native Thai speakers stand in front of the class and speak Thai to the students while drawing pictures or acting out whatever they are talking about. People claim that studying this way (after about 1000 hours of class) results in native-like fluency.

I am really interested in the approach to learning Thai that they take at AUA (and you can read more about it here), but since I won't be able to attend class there anytime soon, I have decided to do the next best thing and try out the 'TV method'. There are tons on Thai TV shows online that you can watch for free but the problem is that a lot of the titles of Thai shows (without English subtitles) are written in Thai. So how can beginners to Thai find good Thai shows to watch? To help out people in this situation I am going to start compiling a list of Thai TV shows that I come across into this document of THAI TV SHOWS and I'll try to update it with new shows every week or so with a new blog post. If you find any good shows to watch let me know and I'll add them for sure. welp, see ya later.
Posted by josh ที่ 02:57 3 comments

Ok, so check it out. My good friend James is really good at making music. If he had a company called Mesita and he did business as well as he makes music, you and I would be fools not to buy stock in his company. My point is that he has a one-man-band called Mesita and you and I would both be fools if we didn't press the play button on the following video of his newest single Living/Breathing.

James isn't signed to a label yet, but I wouldn't be surprised if he called me within the next hour and was like "Hey dude, I just got signed, wooooaaah!". Ever since I have known James (in high school 7-8 years ago), he has been recording and posting his own music online under other alternate band names. The crazy thing is that each new song or album he comes up with is better than anything he has made before. If you want to hear more Mesita go to his page on bandcamp where you can download/listen to 'Living/Breathing', listen to his EP 'No Worries', and even download/listen to his full-length album 'Cherry Blossoms'. You can also check out his website where he updates new stuff regularly and has links to other cool stuff.
Posted by josh ที่ 03:14 0 comments 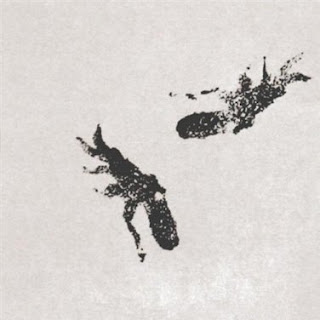 Alright alright, here are two songs that I think are awesome. I hope you like them too. They were made by an artist/DJ/dude who goes by the name of NOSAJ THING.
Views / Octopus - EP
Posted by josh ที่ 14:19 0 comments

So I was searching around on the internet and I came across this blog written by someone else who is learning Thai. On the blog I found a link to this sweeeet website called Thai Basic Reader. Apparently Thai Basic Reader is a text book people use for learning Thai. The book has around 50 dialogues and narratives (written in Thai) that have been scanned to the website along with audio clips of native speakers reading each dialogue. Anyways, I think it is an awesome resource maybe I'll try to listen and read at least one dialogue everyday.
Posted by josh ที่ 14:50 1 comments